T.I.S.I. is a Re-Animatori’s project for an innovative urban planning model prototype that builds on traditional practices and applies design methods to explore and propose innovative solutions to urban issues. The aim is to improve the quality of public spaces, taking into account civic participation and the “eye level” perception of the environment in the process.
T.I.S.I is a recipient of funding by the DESIGNSCAPES project “Design-Enabled Innovation in Urban Environments” (H2020-SC6-CO-CREATION-2016-3 Project number: 763784, second open call) and funded by the Horizon 2020 Framework Programme of the European Union.

For more information you can visit  T.I.S.I Facebook page

It is your turn! Interview with T.I.S.I. team.

T.I.S.I. addresses the complexity of urban space quality and the contemporary challenges to its planning from the perspective of its users by applying design methods and instruments. The importance of civic participation is embedded in the acronym TI.SI, which in Bulgarian can be interpreted as “You are a factor” and “It is your turn”.
Contemporary Bulgarian cities are exposed to intense but poorly managed urbanization, often realized through implementation of outdated approaches and policies that have a negative impact on the urban environment . The T.I.S.I. team perceives the need and opportunity for reforming those urban planning models and for putting people and the human scale at the center of the decision-making processes for the city. Such a change requires building professional capacity to implement contemporary urban approaches and solutions as well as public commitment to the development of the urban environment.

The innovative approach is characterized by the multidisciplinary profiles of the participants in the urban planning process, with the active involvement of local communities in the planning and implementation processes of urban interventions. Thus the project seeks to exchange and promote contemporary practices between different professionals and stakeholders – architects, urbanists, professional organizations, artists, administration, local institutions, citizens, NGOs, businesses. The project identifies civic participation as a key factor in the decision-making process in addressing the needs of the local community, creating a sense of place identity and promoting social inclusion. The embedment of temporary artistic interventions in the urban space as a testing tool will open up a public debate, provoke institutions and experts to step away from the traditional urban planning practices and propose alternative ways to use the public space. 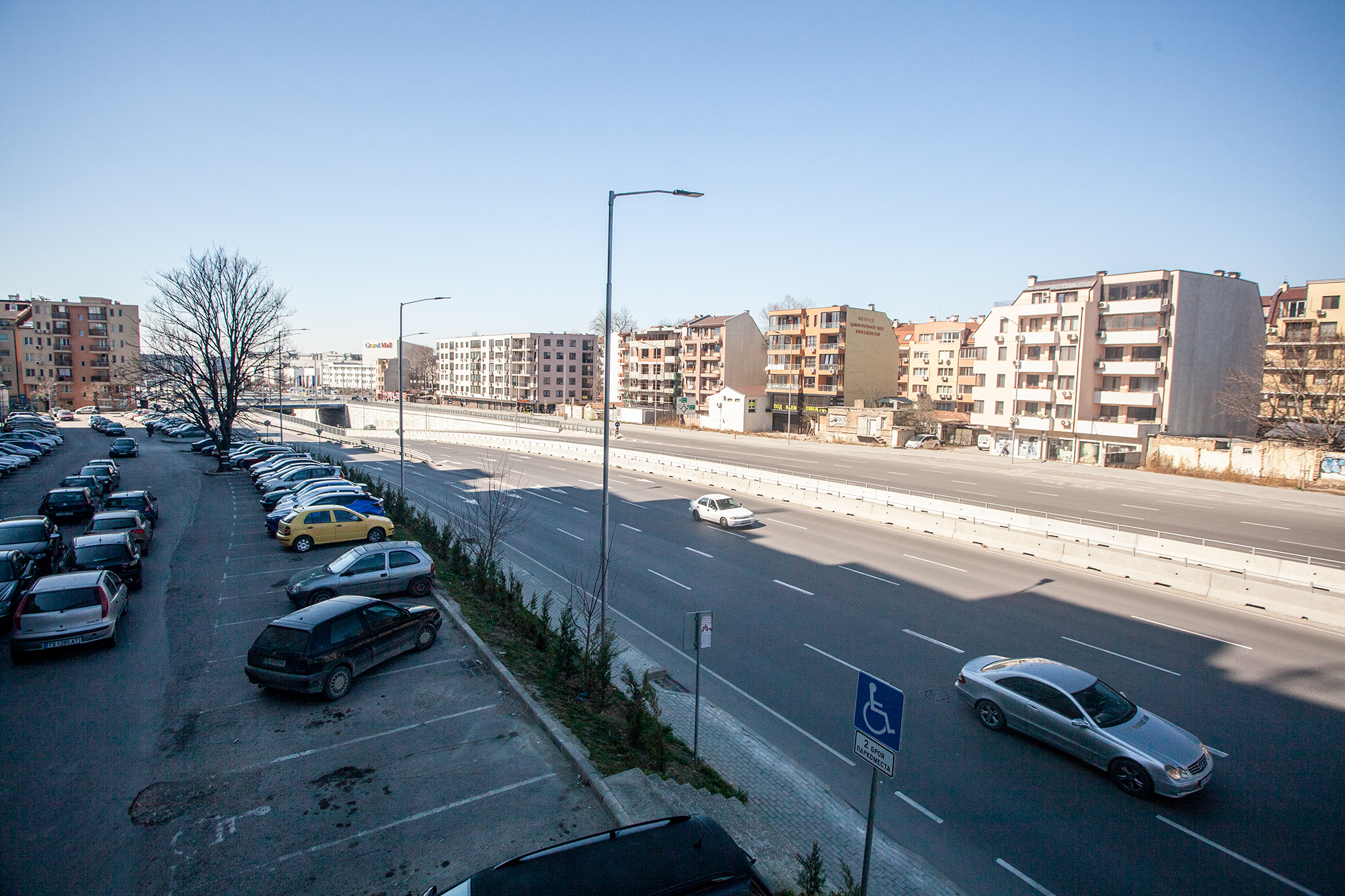 DESIGNSCAPES refer to design as a process to identify, frame and address problems. Design generally harnesses divergent and convergent thinking through a series of tools, methods, techniques and activities such as research, user participation and (user) testing, rapid and frequent prototyping, development and visualization / materialisation techniques. In this definition, design has a broader context of application than what one would generally think of (e.g., product design, fashion design, visual design). 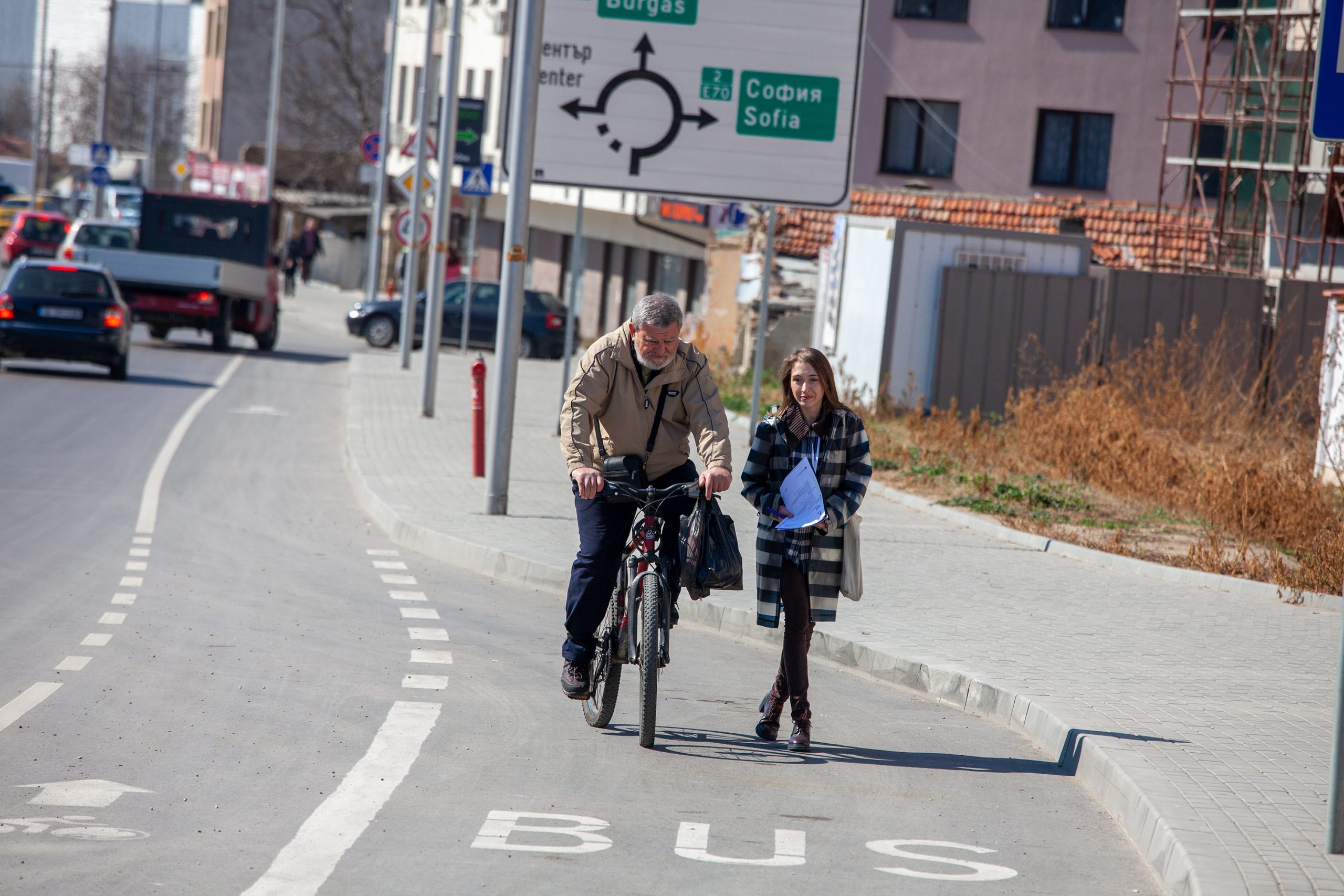 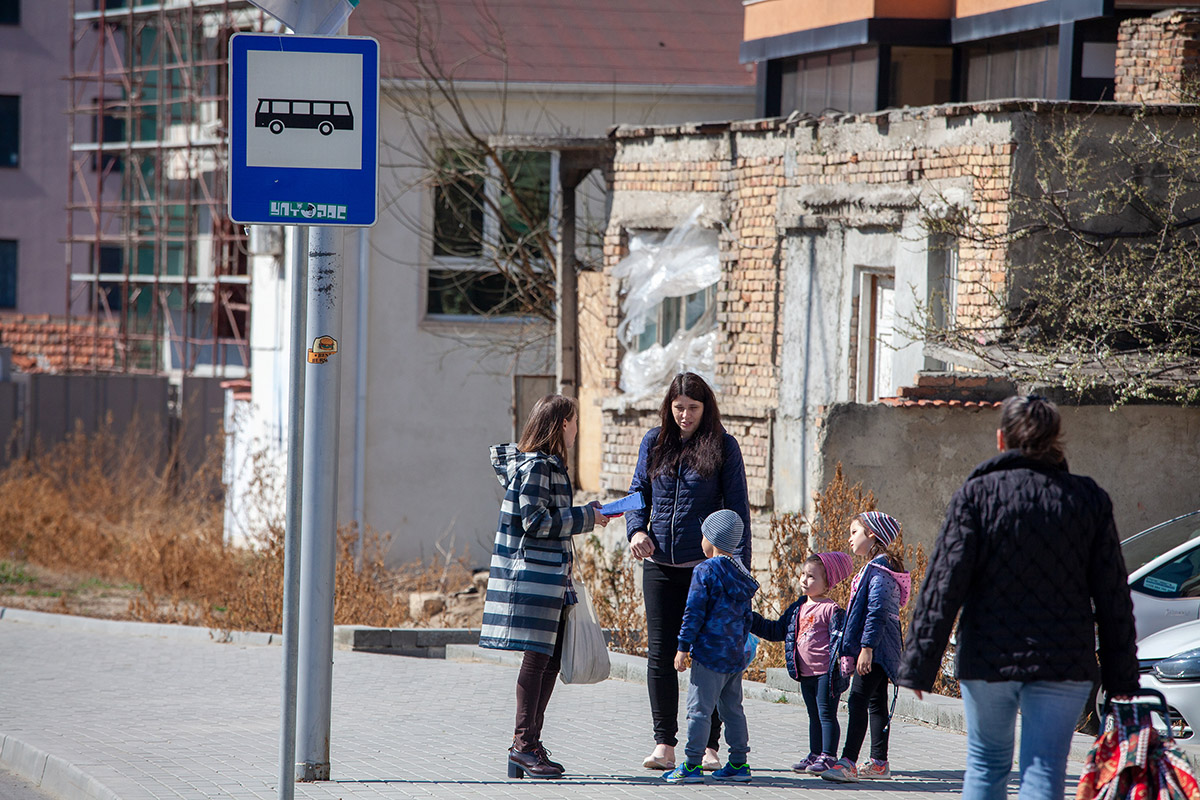 A pilot application of the urban model examines the impact of the reconstruction of “Vasil Levski” blvd in Varna on the adjacent territories at neighborhood and city levels. Special attention will be paid to pedestrian crossing areas and adjoining spaces with regenerative potential that can improve the accessibility and usability of newly created infrastructure. 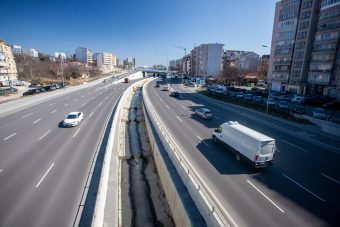 The new urban planning model prototype envisages a series of activities that will put as many stakeholders as possible in an interactive situation in order to provide a versatile view to urban issues. The first step is to carry out analysis of the territory and documentary surveys, interviews and investigations to define the site’s challenges focused on the users’ view. The gathered information will be subject to public debate, with the aim to receive feedback from the stakeholders and set priorities. A multidisciplinary workshop will seek solutions to the identified challenges. With the assistance of artists temporary interventions will be proposed to test the public opinion on the proposed solutions. The result of the study will again be subject to public discussion. As a result future permanent interventions can be decided. The whole process will be documented and presented at an exhibition to promote the identified measures.

In the first stage of the project the team examined how the scale of “Vasil Levski” blvd affects the connectivity of the neighbourhoods on its both sides. The conclusions were summarized in an urban environment analysis.

In the second stage all the conclusions of the urban environment analysis were presented and the urban space issues were set as a main topic of a public debate, organized and conducted online.

In the third stage, artists were invited, and their involvement in the process of creating artistic interventions, demonstrating the alternative function of the urban space, was discussed. A concept has been adopted to turn the pedestrian bridge into a cultural scene of three different events.

In the fourth stage, the art initiative “You are in the neighbourhood” was organized: three days of artistic interventions in the urban space, in which a group of architects, urban planners and artists from the team of T.I.S.I. were meeting Konfu neighborhood residents through various art forms. An exhibition of the work process of the T.I.S.I. project was presented. The visual artists Kamen Stoyanov and Katarina Svoboda created the video installation “Taking Space”. The actress Ivelina Ivanova organized a guided walk “Walk & Talk”, where the neighborhood was shown through the personal stories of its residents.

Detailed information for the analysis of the urban environment and all the events of the initiative “You are in the neighbourhood” can be seen in Blog. 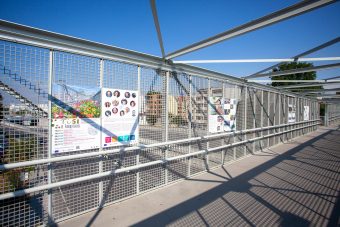 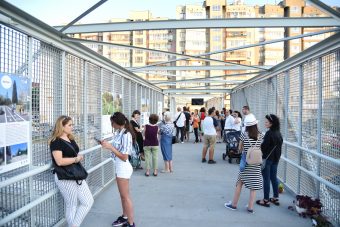 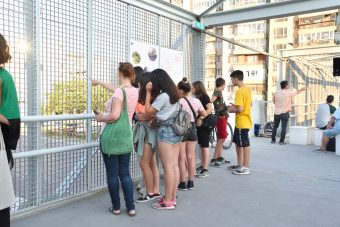 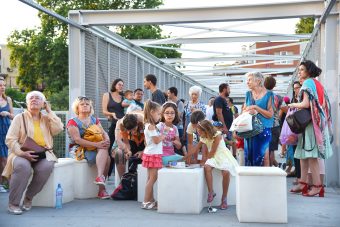 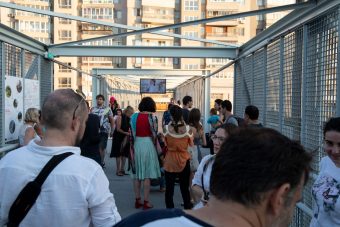 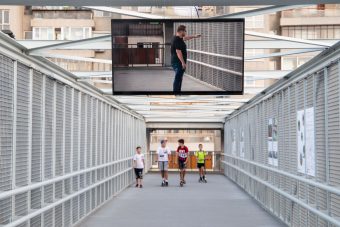 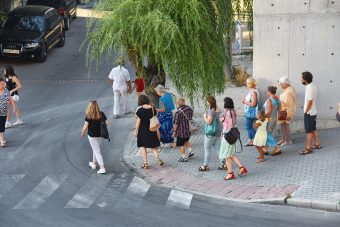 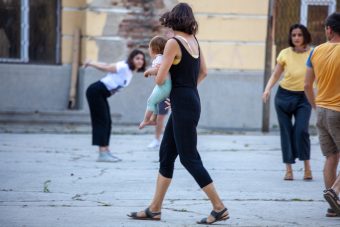 The role of the TI.SI team is to mediate between the local community and the administration on one hand, and on the other to raise cultural awareness of shared responsibility in the urban environment and to activate community processes such as inclusion, research and shared co-creation. The prototype for an innovative urban model can assist in evaluating the effectiveness of urban policies and long-term strategies. 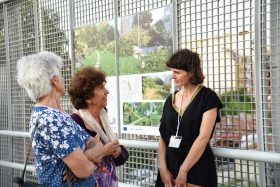 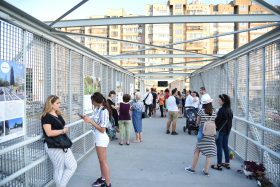 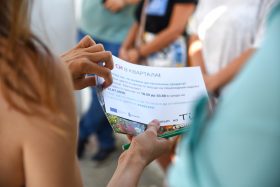